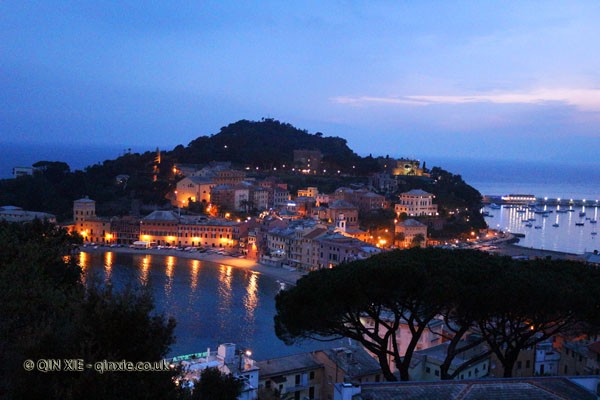 It’s been a while since I was in Liguria. Almost a year in fact. But I still vividly remember its beautiful coastline and the rusticity and authenticity of its food.

This part of Italy has a special sort of romanticism to it that’s difficult to describe with words. Maybe not even a picture. Because it’s the amalgamation of the smells, the flavours, the sights and the ethereal ambience that makes it just a bit magical.

So instead of trying to describe it, I’m going to share the itinerary from my journey, with the footnotes, which will hopefully help you plan your own experiences and adventures.

By the way, you can read more about the food in Liguria at inpursuitoffood.com.

13.00 Arrive at Genoa Cristoforo Colombo Airport. Transfer to hotel (30 minutes, depending on traffic)

I stayed at Best Western Porto Antico, a small but comfortable hotel on the edge of the old town. It’s not the most luxurious place to stay but it’s definitely the best spot if you want to be close to everything.

I had a little time to settle into the hotel before embarking on a walking tour but you could just as easily go earlier.

A local acted as a guide and led me around the city but again, you can arm yourself with a guide-book or get lost in the cobbled streets. For reference though, here’s my route. 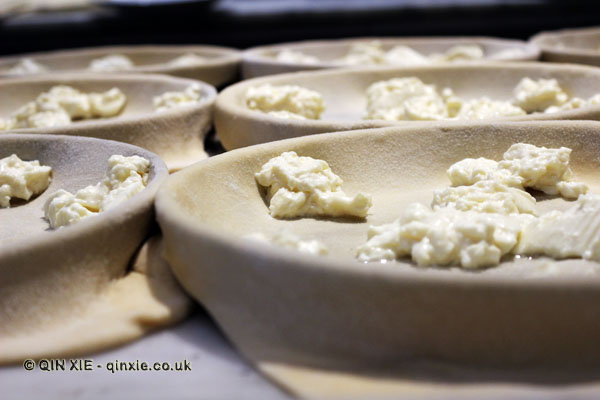 Right on the waterfront, I Tre Merli is all about dressed up local cuisine. Trofie al pesto avvantaggiate (pasta with pesto and green beans) is the dish to have but make sure you snack on some farinata (chickpea bread), too.

Sestri Levante is incredibly picturesque, especially from up high where you can look over Silence Bay and Fairy Tale Bay.

I spent the morning sailing for another view of the stunning coast. 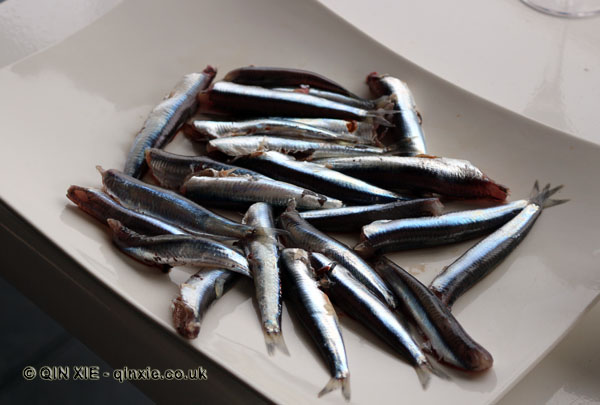 For lunch, I stopped at Ristorante Beach Bar Portobello in Silence Bay.

I actually saw a demonstration of a traditional dish called Bagnun being made by some local fishermen from a nearby town. It’s basically anchovies cooked in a rich tomato soup, which is ladled over dried breads that help to soak up the juices.

The waters are packed with the palm-sized fish, which makes this dish very typical for the area.

15.00 Visit of the vineyard of the local wine producer Bisson

Bisson was an unusual stop.

Although the family-owned vineyard made dry table wines, their biggest sellers were their sparkling wines. These, once bottled, were aged under the sea. Over time, the bottles gain a covering of barnacles and sea shells that make for rather unusual labelling. 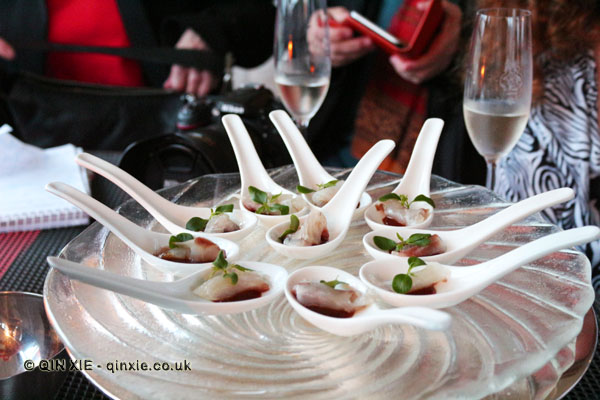 The cruise-ship shaped Hotel Vis à Vis has one of the best views of Sestri Levante so it’s worth stopping in for pre-dinner drinks – even if you’re not staying on for the main course.

(You can see some of the snacks that we had there here.)

Their chef was very inventive and came up with some unusual combinations of flavours for the snacks. Seared tuna with passion fruit and white chocolate actually worked remarkably well and I promised myself that I would try it at home some time soon. 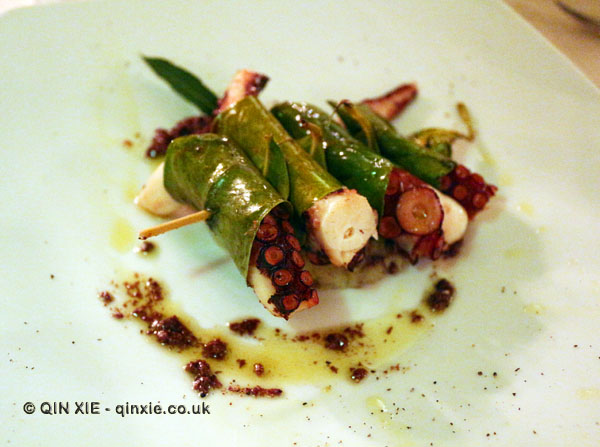 Situated in the basement of a farmhouse, Cantine Cattaneo is well-known locally. Perhaps it has something to do with the fact that the basement was once the cellar of a 17th century stately home of a local noble family.

The food is gracious and, despite its setting, contemporary. In a way, I almost preferred its counterparts though.

I stayed on the outcrop between the bays of Sestri Levante at Grand Hotel dei Castelli.

Although it’s fashioned in the style of a grand Italian castle, I later discovered that it had in fact been built just a couple of years earlier. They’ve done it very well though. Furnished all in antiques, but with all the modern amenities, I was none the wiser.

Portovenere, Cinque Terre and the Islands (Palmaria, Tino and Tinetto) have all been inscribed into the UNESCO World Heritage List.

I took a boat around Palmaria Island before setting off for a walk to discover the old city of Portovenere. 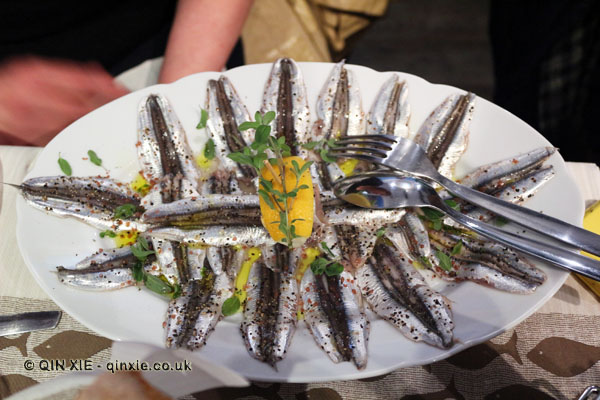 As we’ve moved along the coast, the seafood has changed too. In Portovenere, it’s all about the cultivated mussels.

At Portivene Un Mare di Sapori, a rustic little restaurant tucked into the side streets, where you really have to jostle for space, I had a splendid feast.

There were generous helpings of mussels and anchovies and to dust off the palate, a basil ice cream. 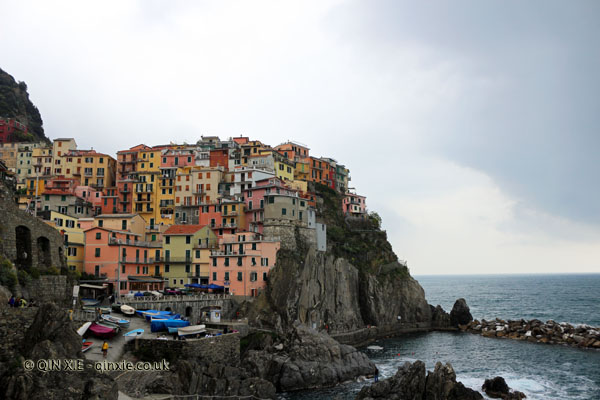 I was originally supposed to be taking a boat from Portovenere to Cinque Terre but the bad weather made the journey impossible.

It would have been a much better way to see the iconic landscape of the five villages but you can still get a pretty good idea if you walk along the cliff a little at Manarola.

In Riomaggiore, one of the other villages in the Cinque Terre, I met with a couple of other wines producers.

One was Cantina Cinque Terre, a cooperative producer, while the other was Terra di Bargòn, a family-owned winery specialising in Sciacchetrà.

You can find out more about Sciacchetrà in the podcast I made at Terra di Bargòn. It’s a fairly dry sweet wine made in the passito style. It’s definitely worth trying while you’re there. 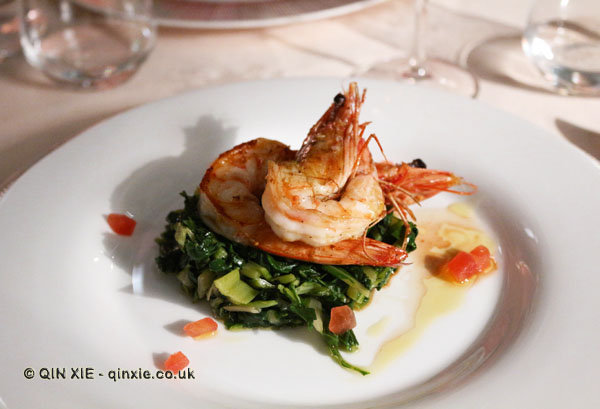 The food at Grand Hotel Portovenere was very refined but for me, it lacked soul.

Don’t get me wrong – it was perfectly nice. But it was upscale dishes created for tourists and it didn’t have the warmth of the meal we had at lunch.

I also stayed at the Grand Hotel Portovenere. It had great views out over the harbour and the rooms were modern and luxurious. There was little to do after dark in Portovenere so it was really nice to come home to such a charming space.

Portofino is to Liguria as Monaco is to the French Riviera. Yachts stop in for the upscale restaurants and well-heeled visitors stay at five-star hotels.

I spent the morning at Niasca Portofino, a space where you can stay and learn to make pesto the traditional way. And after lunch there, I strolled along the promenade to the harbour where a couple of sail boats were already docked, ahead of the coming season.

In Camogli, you get a sense of what life used to be like.

The small fishing village has a harbour that’s filled with boats. Nearby, fishing nets were being hung out to dry. It’s tiny, but you can still get lost in its quaint little nooks.

I had a morning flight back to London so my last night in Liguria was spent at the NH Plaza in the city centre.

It’s large and spacious though located further away from the bustle of the old city. 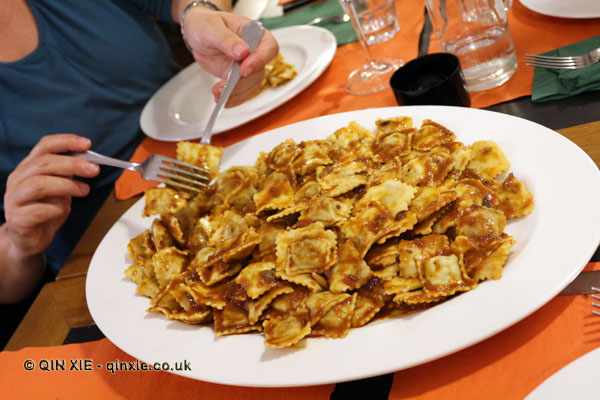 For my last dinner in Liguria, I stopped in a local restaurant – Il Genovese.

It was the last feast of my journey and it was hearty. We had a lot of stews and meat-based pasta dishes but also a few fried specialities.

And as it was Liguria, home of the pesto, we also enjoyed a demonstration of the making of this special sauce. 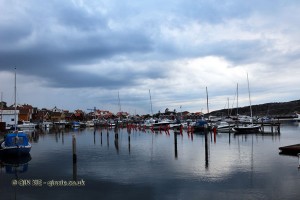 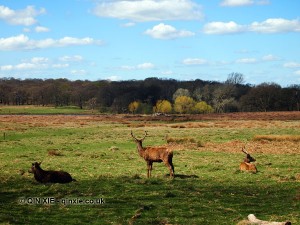