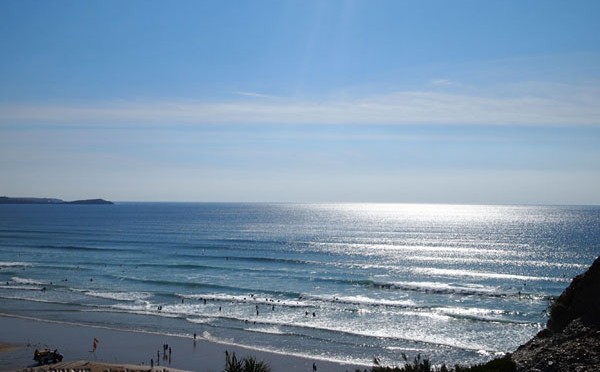 After a restful night to the lull of the rolling waves, I am woken early by the gulls outside. Already, at 8am, there are surfers paddling out determined not to miss a single wave.

In a recent interview with Simon Hulstone of the Michelin-starred Elephant Restaurant, I learnt that he takes his children to Cornwall for holidays because they love “the adventure and the sea and rocks”. Indeed, it’s at this time of the year that parents all over the country bring their mini-me offspring on escapades around this southerly county, but there’s also a whole hoard of young adults and old-but-young-at-hearts who flock to Cornwall every year too for adventure; the thrill they seek, is that of the surf. 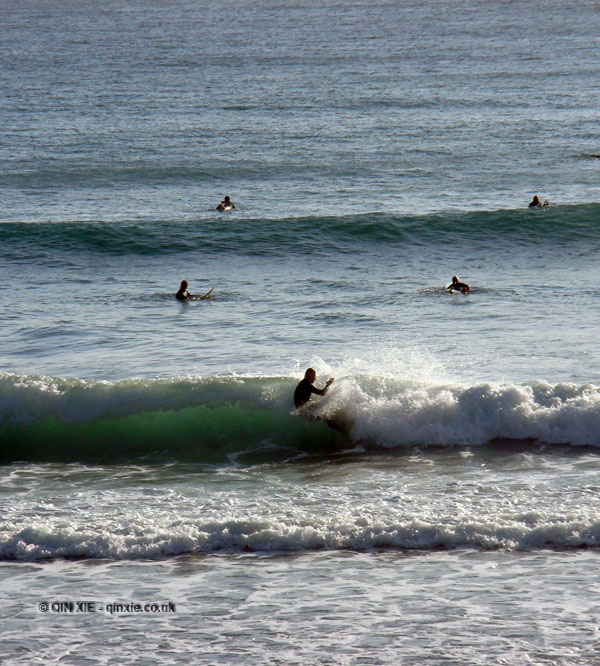 After braving the bashing waves in Lagos, Portugal, last year, I know just how they feel. Having attempted kitesurfing over the last few years, and failing quite miserably due to lack of skill and lack of wind I decided, almost on a whim, to tag a surfing trip on the end of a week’s kitesurfing in Tarifa, Spain. As a complete beginner, the online community tells me that Lagos has some of the best waves for learners as there were plenty of white water breaks to start with and bigger swells to progress to.

So there I was wading back and forth between the beach and the waves, swallowing my share of the briny liquid and being forced by my board to do underwater somersaults when, out of nowhere, I was riding a wave. That first moment when you realise that you haven’t “wiped out”, the wave hasn’t passed you by and you’re just sailing smoothly towards the beach with the wind in your hair is really quite incredible. It’s a bit surreal. Ok, the wind in your hair part is surreal. The reality is more like strands of wet hair matted to my face but the feeling and the great sense of achievement is the same. 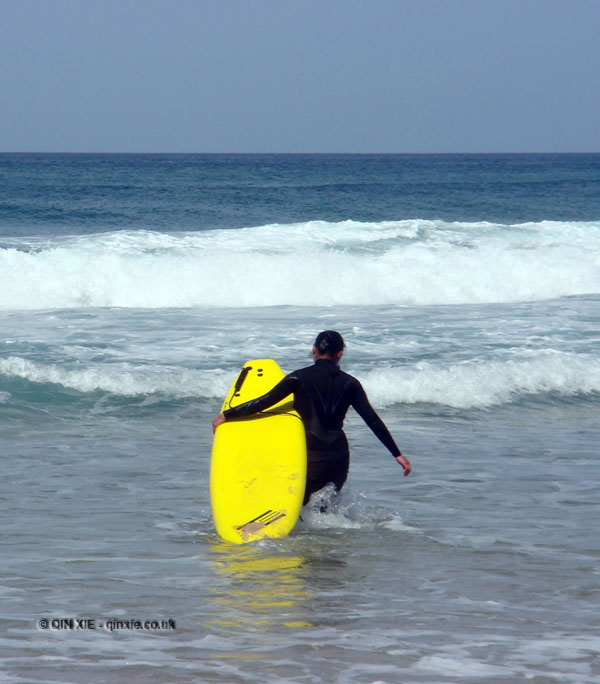 Of course after that one success I was hooked. Watching surf docu-films like Bustin’ Down the Door only affirmed the addiction to the whole experience. Unfortunately, living in London and following a bee-hive schedule means that surf trips are more like the occasional glance at old photos and the odd indulgence in Youtube videos. Luckily Cornwall, as a no-fly option, has some of the best surf beaches in the world, including the surfing mecca Newquay. With the arrival of warmer weather, it was definitely time to tear away and hit the waves.

Tedium from the five-hour journey, punctuated by a visit to Little Chef, Popham (of Heston fame), was soon forgotten when the stunning seascape revealed itself. The Hotel at Watergate Bay, my haven for a night, boasts even more spectacular sights from its sea-view rooms. From here, it is possible to see the perfect waves and the surfers who are attempting to conquer it. A short walk down is Jamie Oliver’s Fifteen, offering my first Cornish meal – a five course Italian.

After a restful night to the lull of the rolling waves, I am woken early by the gulls outside. Already, at 8am, there are surfers paddling out determined not to miss a single wave. The morning’s plan had been to attempt some kitesurfing with the Extreme Academy based at the hotel, but after breakfast and a quick call to the instructor, it was clear that wasn’t going to happen – no wind. So it was time to move on.

The next stop is Mawgan Porth where the Bedruthan Steps is located. This family-orientated hotel sprawls across the sea view hills sharing access with its sister hotel, the eco-friendly Scarlet, to a semi-private beach. Although the surfing conditions are perfect, I decide to use the day to explore the other parts of Cornwall a little – a stroll around Padstow, some relaxation in the hotel’s HydroSpa, then some dinner at the Ferry Boat Inn in Falmouth. 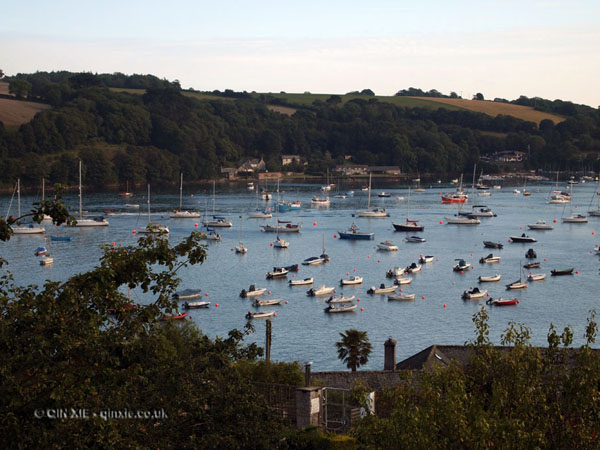 After a day of cultural adjustment, I was more than ready for some adrenaline pumping wave riding. Well, the adrenaline pumping part would only apply if I was any good or if I was terribly bad and out of my depth. Luckily the latter was unlikely – I had a lesson lined up with The Surf Club, run by pro-surfer Nick Tiscoe, catering almost exclusively to guests of the Bedruthan Steps and The Scarlet. All the instructors are qualified British Surfing Association coaches as well as beach lifeguards – a reassuring fact. It’s also reassuring to find that the groups are small enough, two in my case, for that to mean something.

I meet Johnny, my coach for the day, outside the surf shack at the bottom of the Bedruthan garden. The weather’s not looking great, in fact, rain seemed almost certain. Recently crowned champion at the Saltrock Open, Johnny is a pro-surfer, which makes me feel rather privileged. And also embarrassed about imminently displaying my lack of skills.

After pushing and pulling my way into a wetsuit, I struggle down to the beach with surfboard under arm. A big, yellow, foamy kind familiar to anyone who has dabbled in beginner’s surf. En route, I tell him about my flirtation with surfing and how the majority of my surfing days were probably spent lazing in the sun after lunch. He tells me that he’s very strict so there will be no such slacking on his watch. I immediately envisage that some “drop and give me 50” will be involved – I knew I should have gone to the gym more often.

True to his word, I am dispatched to warm up as soon as we get to the beach. A swift run around followed by some stretching begins the lesson. The sun emerges from the dreary cloud cover basking the beach with sudden warmth. This, coupled with the awkwardness of the wetsuit, makes exercise rather difficult. Thankfully the unpleasantness was brief; though as far as I was concerned the walk down to the beach had warmed me up quite enough. 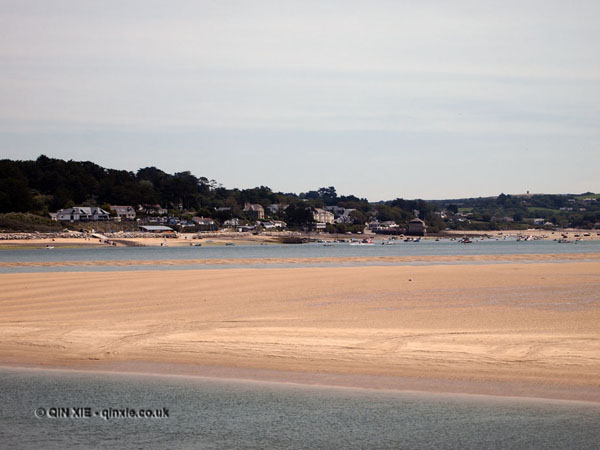 Johnny got straight to the point: how and when to catch a wave; how, when and where to stand on the board; what to do with your hands. Everything, but brief and concise. Then it was into the water to put it all into practice.

As I’m not strictly speaking a beginner, most of it was recap. That said, out on the water, Johnny gave more specific instructions on how to improve my skill. For my counterpart, though, it made the perfect introduction to the sport. The aim was ultimately the same – to get us standing every time.

Well it wasn’t a perfect score but I certainly managed to ride my board a couple of times as did my novice companion. It’s fantastic to realise that sense of achievement is still the same. More importantly, for my partner in crime who was more or less blackmailed into participating, it was a thoroughly enjoyable experience. In fact, he tells me that he would consider doing it again; not right away of course.

That’s unsurprising because two hours of attempted wave riding is hard work, even with success as reward. Even more difficult perhaps is the walk back up hill with board once again tucked under arm. That’s rewarded only with a cold water shower to wash away the sand and sea water and the difficult escape from the encapsulating wetsuit. That tight struggle reminded of the reason why I spent so many afternoons reluctant to get back into the water.

As I slog back to my sea view room to sleep off the morning’s exertions, all I can think of is what I could eat to fill my ravenous hunger.

(First seen on The Arbuturian) 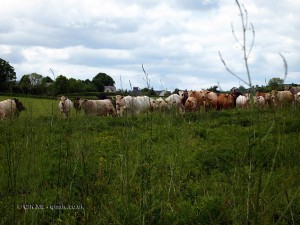 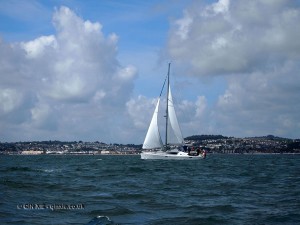 Next post “Catch and Cook” in Torbay with Simon Hulstone

Travels with Chefs, a postcard from Cornwall