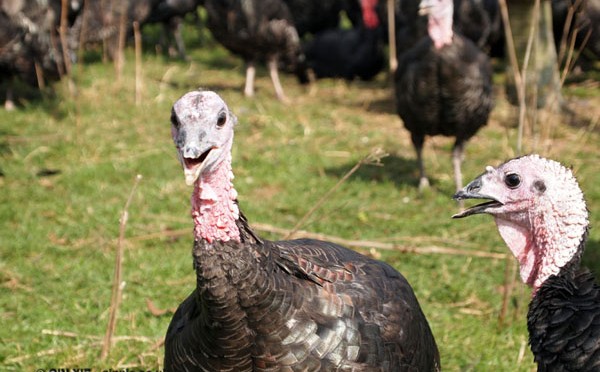 On the 1st of October, Christmas seemed like a very long way off. A glass of ice-cold Pimms in hand, I surveyed the scene.

On the 1st of October, Christmas seemed like a very long way off. A glass of ice-cold Pimms in hand, I surveyed the scene.

It was 20 odd degrees, sunny and every bit the Indian summer. Mossy green Berkshire countryside led the eye as far as it can see, barely framing Windsor Castle on the horizon. But in the dining room of the Copas family home, where I stood, it could be Christmas every day. Cabinets and shelves were simply filled with turkey memorabilia and the table in front of me was furnished with Christmas dining ware. The smell of a delicious roast lunch nudged my stomach into a submissive grumble. As the condensation formed on my glass drips onto the table-cloth, a giant turkey is brought out from the kitchen and rested at the head of the table. It was quite surreal.

I sat down to a carvery demonstration by Tom Copas, the man who got into the traditional turkey business some 54 years earlier. I had spent the morning at his farm learning about traditional turkey rearing methods and different types of turkeys.

Copas produces two different kinds of turkeys: free range and organic. Though, when it comes down to it, they are only selling one: very, very special turkeys. 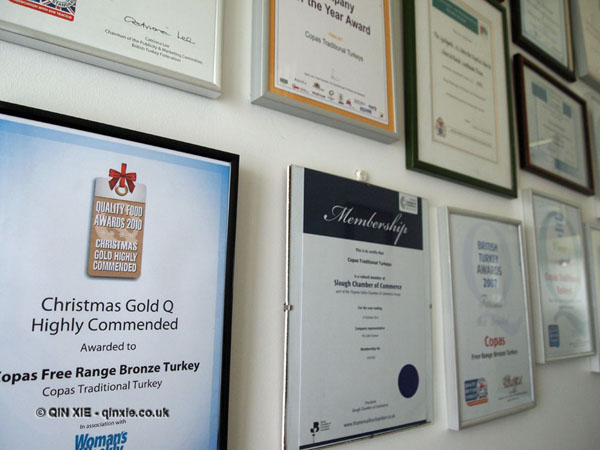 Production starts in March when orders are collated and translated into breed selection from traditional hatcheries. The different breeds will mature at the same time but produce turkeys of different weights and therefore naturally “fulfil the desired weight profiles” for the coming Christmas. From May, the hatched birds begin to arrive at the farm where they are kept in protective barns and fed on a natural cereal diet. It’s only in July that they are allowed out to roam amongst the cherry orchards and grass meadows.

The turkeys are allowed to mature until December before they are put through the two-week process to reach the consumer. That means humanely killed, dry plucked by hand, hung for two weeks before evisceration. And at the end of it, you get a plump, mature bird that’s individually wrapped and packed with rosemary, giblets, cooking and carving instructions plus a pop up cooking timer. Seems like they’ve done all the hard work for you. 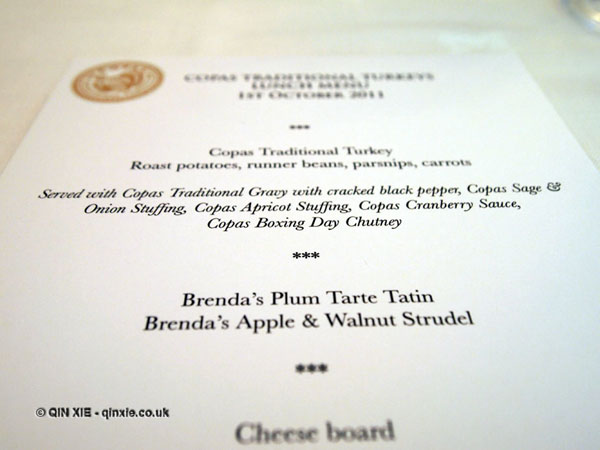 Back in the dining room, the bird that Tom Copas was expertly removing the legs of and then carving out perfectly uniform slices from was definitely one of the bigger ones. Served with wonderfully sweet parsnips and carrots, assorted stuffing and sauces from Copas, the whole affair made quite a feast. I found myself testing for the promised extra juiciness of the turkey, though the saliva inducing smell should have been quite enough to tell me that the meat was going to be excellent, which of course it was.

Three full courses plus cheese, wine, coffee and chocolates later, I was feeling the need for a Christmas nap. Loosening my belt couldn’t have helped me to squeeze any more food in and I wondered how many more Christmas lunches I would have before Christmas day. One thing was certain – this was, by far, the best turkey I’ve ever had.

As I stepped back out into the sun, I was reminded once again how far away Christmas actually was. Just as well, plenty of time to work up an appetite.

Images from the Christmas lunch can be found here: Copas Traditional Turkeys lunch 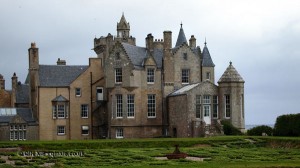 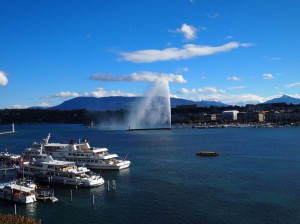 2 thoughts on “Down on the Copas Traditional Turkey Farm”