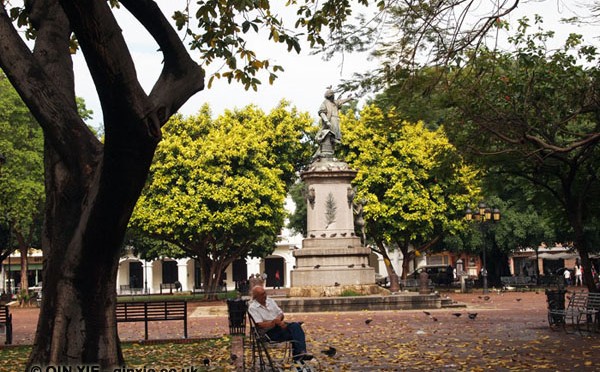 Perhaps it’s the heat and the humidity. Or maybe it’s the spirited beat of the Merengue. Or it could even be the talk of fresh cigars being rolled against the thighs of young Dominican women. Whatever the truth, Santo Domingo has a distinct Latino flavour and the air is rich with it.

Perhaps it’s the heat and the humidity. Or maybe it’s the spirited beat of the Merengue. Or it could even be the talk of fresh cigars being rolled against the thighs of young Dominican women. Whatever it is, Santo Domingo has a distinct Latino flavour and the air is rich with it. 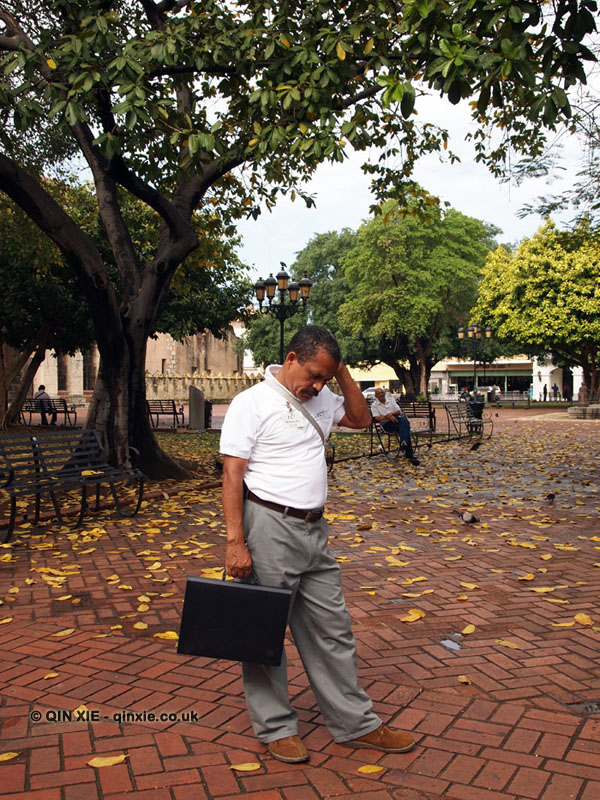 As the capital of the Dominican Republic, Santo Domingo is situated to the south east of Hispaniola. It’s often dubbed the “first city of America” – it was established in 1498 as the oldest, continually inhabited European settlement in America by Bartholomew Columbus, Christopher Columbus’ brother. There was an earlier establishment in 1496 across the Ozama river but this was later shifted to the present day Colonial City of Santo Domingo.

As the first city of America, it was the location of the first cathedral, hospital, customs house and university in the Americas. The Calle Las Damas, incidentally, was the first road in this first city. It’s said that the grid layout of the city was what inspired the regimented town planning of today’s American cities. For this, and its many firsts, the Colonial City of Santo Domingo was awarded UNESCO status in 1990. 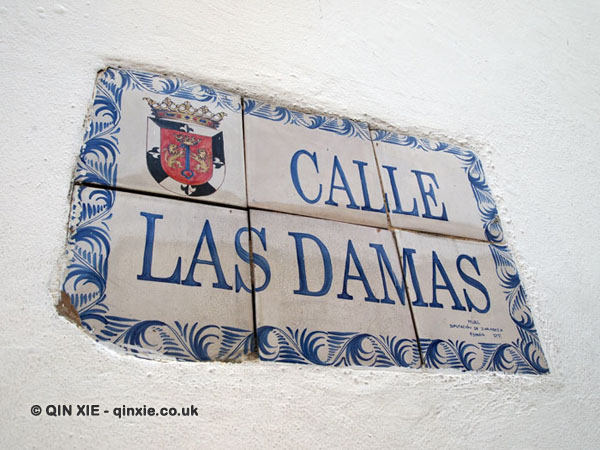 When I visited Santo Domingo, it was towards the end of May. Damp humidity was almost stifling and it wasn’t quite the season for tourists yet.

There was a living museum quality about it. Unlike the open air museums in Egypt, this was lived in. My hotel for example, the Hostal Nicolas De Ovando, was once home to the town governor Nicolas de Ovando. Other buildings in the town were similarly occupied rather than left barren.

Strolling down Calle El Conde in the early morning, you get a real sense of the old part of the city; the Spanish influence is everywhere in its enormous stone architecture.

The streets, still damp and littered with leaves from the overnight thunder storms, were lined with outdoor cafés. Aside from the odd coffee drinker, they’re quiet. The day had begun, though, as the rum and cigar shop was open for business and the art student was already working at her easel in Parque Colón.

Beside the Reloj de Sol, a solitary toro looks ready to charge. At Plaza de España, Alcázar de Colón, the museum that was once home to Christopher Columbus’ son, stands proud and prominent as the symbol of the time.

My favourite bit of Santo Domingo is back by Parque Colón at the Catedral Primada de America. There, inside its tranquil grounds, were the most stunning water lilies I’ve ever seen. 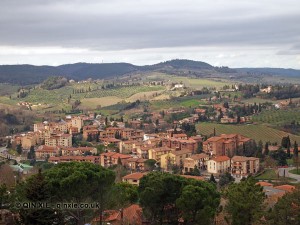 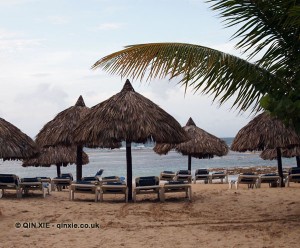 Next post A little gallery of Dominican Republic’s northern shores

3 thoughts on “Santo Domingo, a city of American firsts”